Continuing on with my 2021 Year of Doing series, here comes my latest project that I just had to get off my chest. I made a LoFi Hip Hop album! My new album is called The Last Black Samurai. Now I’ve never made an album or had music distributed. I wasn’t going to let that stop me. So follow along on the journey on how I was able to have my album and single distributed to all the major DSPs and start my own independent record label.

Let’s start with the why. Why did I make a Lo-Fi album? Well there’s several reasons.

Channeling My Experiences Into Music

I wanted to make something that would remind me of my fond memories in Japan. Living in Japan definitely had its ups and downs but it was such a remarkable time in my life. From embracing the culture of extreme gratitude, enjoying my favorite ramen spot to the birth of my baby girl. Each drum loop in this album connects me back to every moment. Music is such a crazy medium that you can create something like that and it can live on forever. This is something I can listen to 20 years from now and reminisce on all my experiences in Japan.

As with every hobby that I try to take on, I need it to have money-making business potential. I’m hoping to accomplish a few different income streams through the release of my album

I’m sure as a new artist I’m probably not going to make a ton of money off of stream revenue for a while and I’m ok with that. I’m hoping that being on Spotify and Apple Music will open my music up to more listeners due to playlists and algorithms. Using some techniques from my days of being a Video Game Journalist to get my first single on several LoFi playlists. I have several designs created for merchandise to sell along with physical copies of the album as well. I mostly look at this as an opportunity to open up for licensing and custom music deals. If you’re looking for a custom song for your podcast intro and outro, something safe to play on Twitch stream, or original songs for your Youtube content, I want to be able to offer that to you. This leads to my next reason.

Starting Up A Record Label

For the past few years, I’ve always wanted to start up a podcast network of like-minded individuals and use our collective efforts to move up in the podcast world. Unfortunately, the podcast game has gotten so saturated I’m not sure if I’ll be able to pull that off as of yet. I took that same philosophy of a collective mind and wanted to apply it to a record label. The same efforts that I put into my album, merchandise. licensing, custom music, and more but poured into individuals. I plan to lead from the front and get this accomplished with a few signees this year.

It turns out, it’s not that hard these days to distribute your music to online platforms. I was able to find a distributor that would distribute my music and my record labels music as well. The distributor is like your middle man between you and the stream sites and music stores. I made the mistake of misspelling “Samurai” and I had to reach out to my distributor to contact all the stores to get it fixed. (Which still might be in progress) I’ve been able to implement so many of the skills I’ve learned from over the years with this project from web development to marketing. So here it is in it’s entirety. I hope you enjoy and I’m looking forward to doing more in 2021. 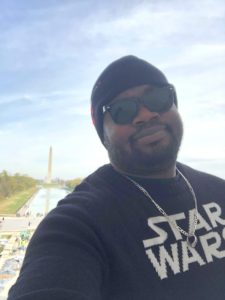 Hey! My name is Adrian Pottinger and I’m a web developer, business owner, gamer, techie and full-time Dad. I’m a huge advocate for traveling and working remotely and business.

Cryptocurrency and Your Stimmy